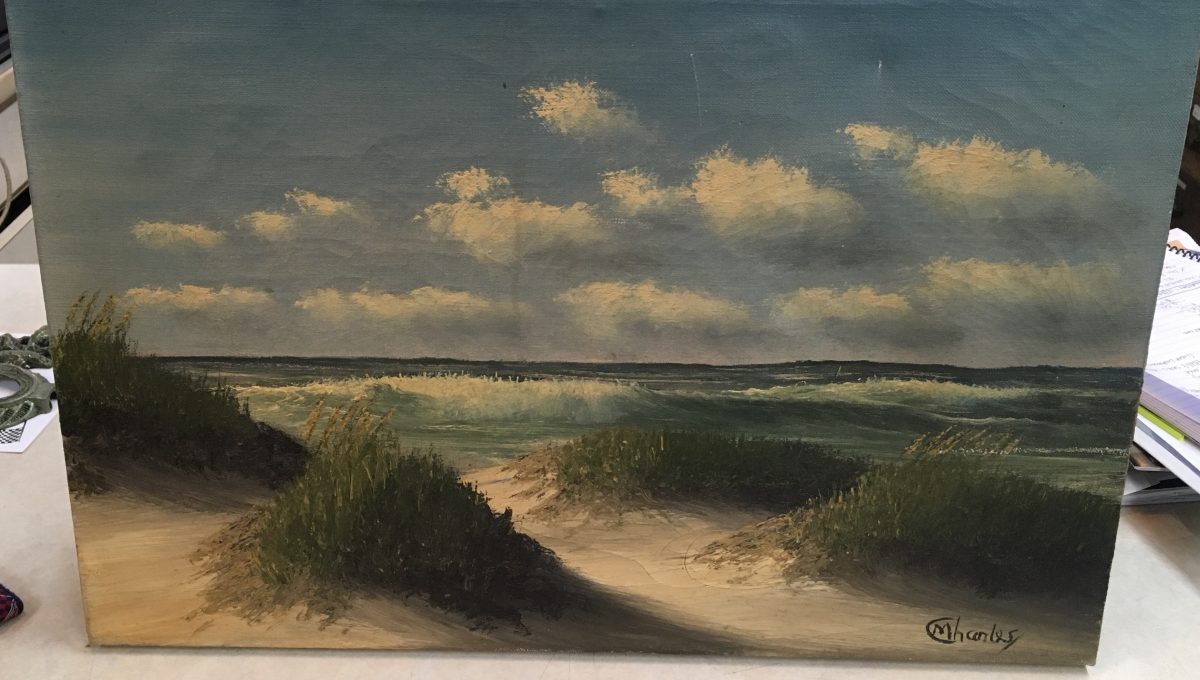 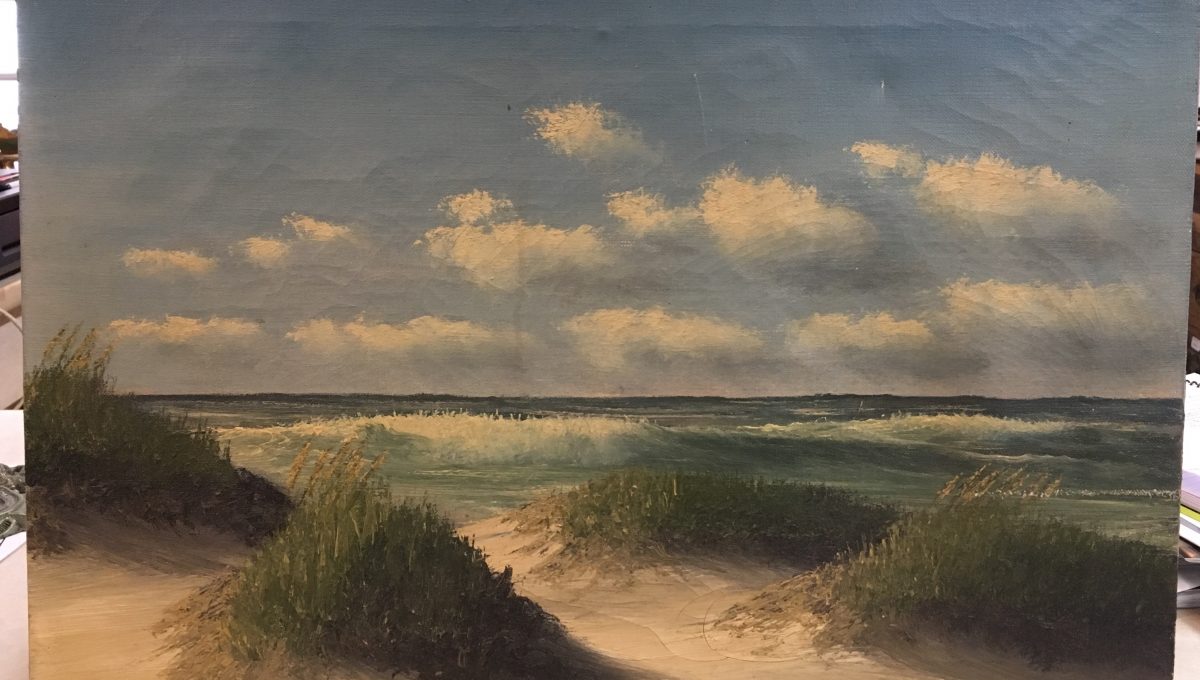 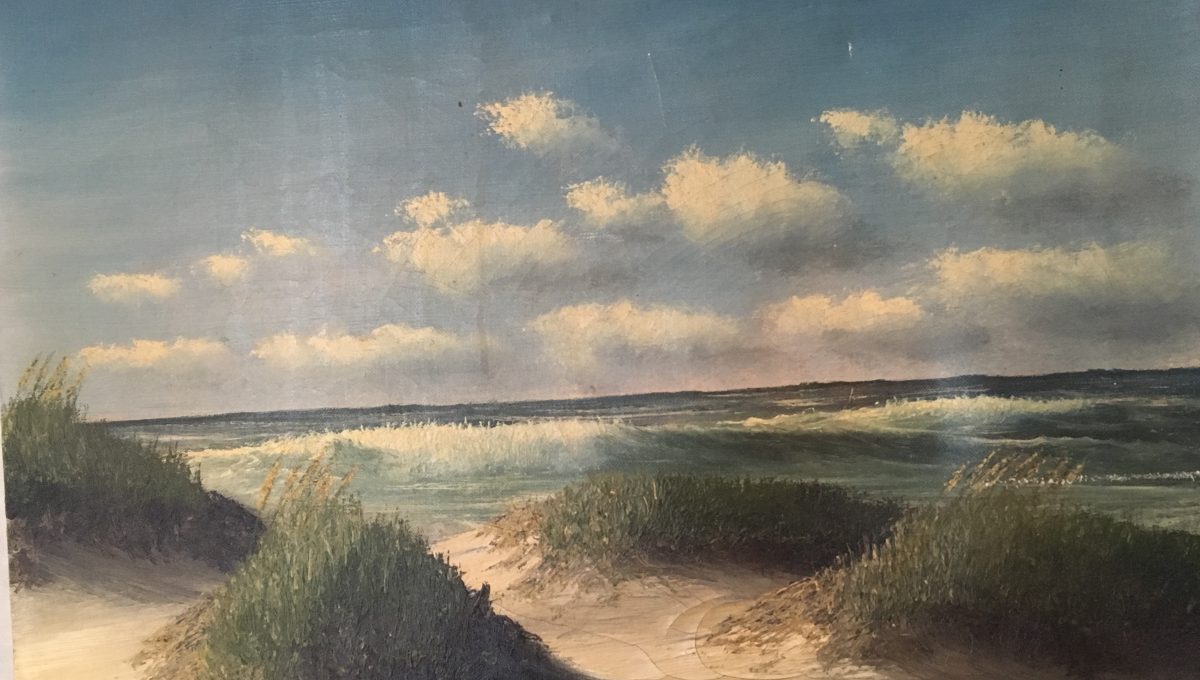 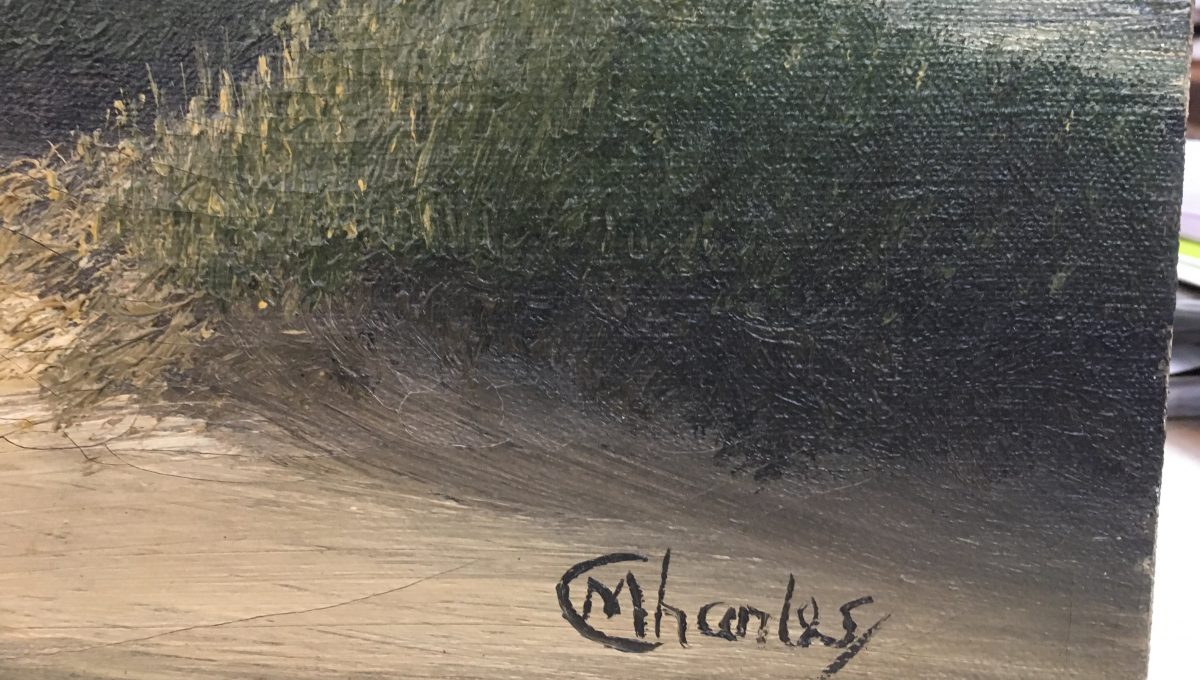 Working under the name of M. Charles, Leary created paintings from the time he moved here in the 1950s until his death in 1991. During that nearly 40-year span, he painted dunes, sea, sky and sound in oil. M. Charles, the pseudonym of Donald Leary, came to the area in the early 1950s and, through his artwork, caught the essence of the Outer Banks before it was developed. Leary, a self-taught landscape painter, moved to the Outer Banks from Gloucester, Virginia. His style captured the natural beauty of the area in its undisturbed serenity. His paintings depict the underlying spirit of the land before the invasion of high-rise hotels, fast-food restaurants, and multi-family cottages. Even though Leary’s land- and seascapes are similar in subject matter, they each have a unique individuality. Leary completed over 2,500 paintings from 1954 until his death in 1991.